Each year there is an Inter District competition, for which synchronised swimmers from the region join forces to compete against the West and North districts.

In 2018 this competition was held in Aberdeen on 24 March.

14 swimmers represented the East District and all performed really well.

Lucy was the only swimmer from the East in the 12&under category and won bronze in figures and solo. 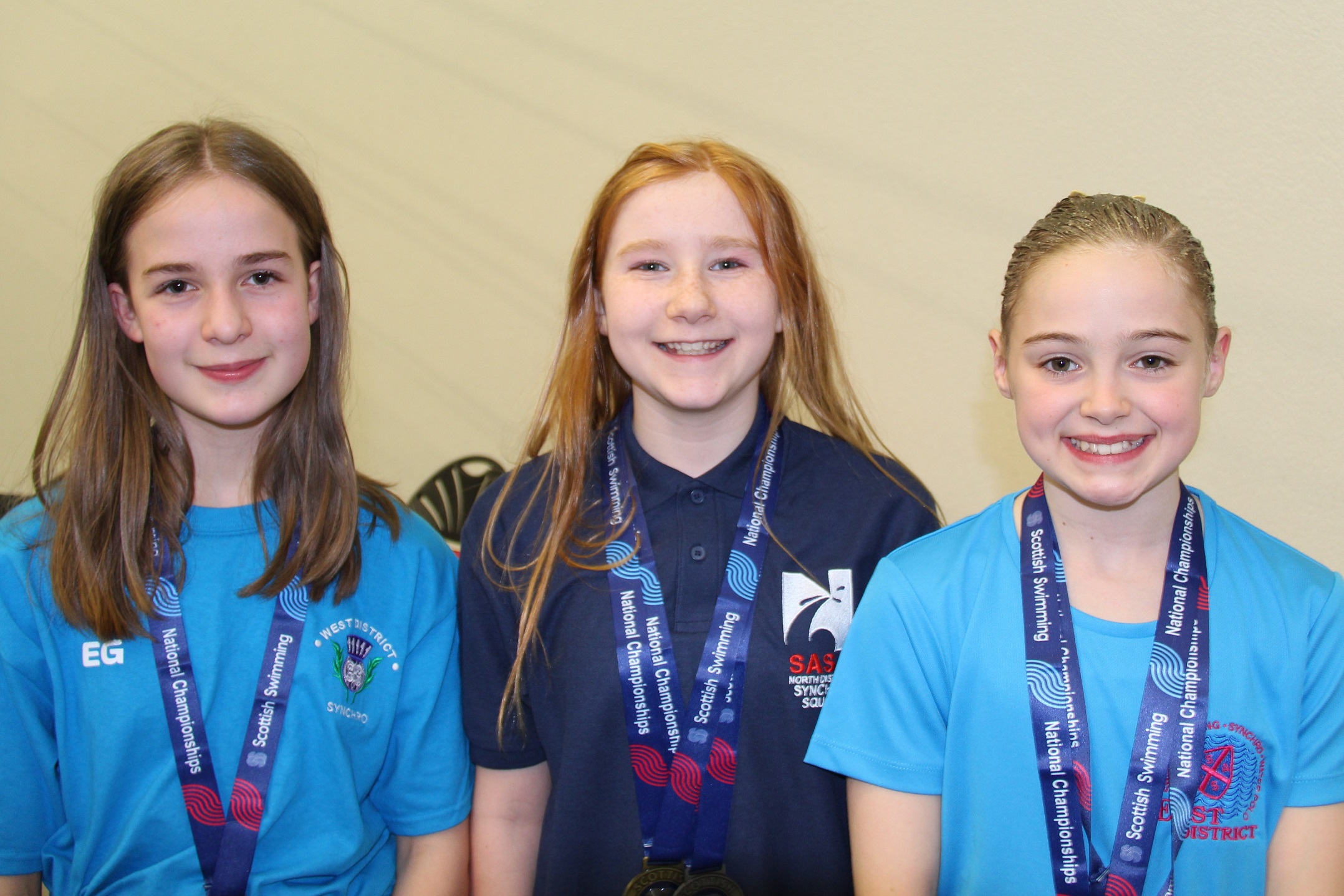 The East had a full team for the 13-15 category and picked up gold in every event. Niamh won the figures, with Cara second. Niamh won the solo. Cale and Niamh won the duet and the team also placed first. Congratulations to them all. 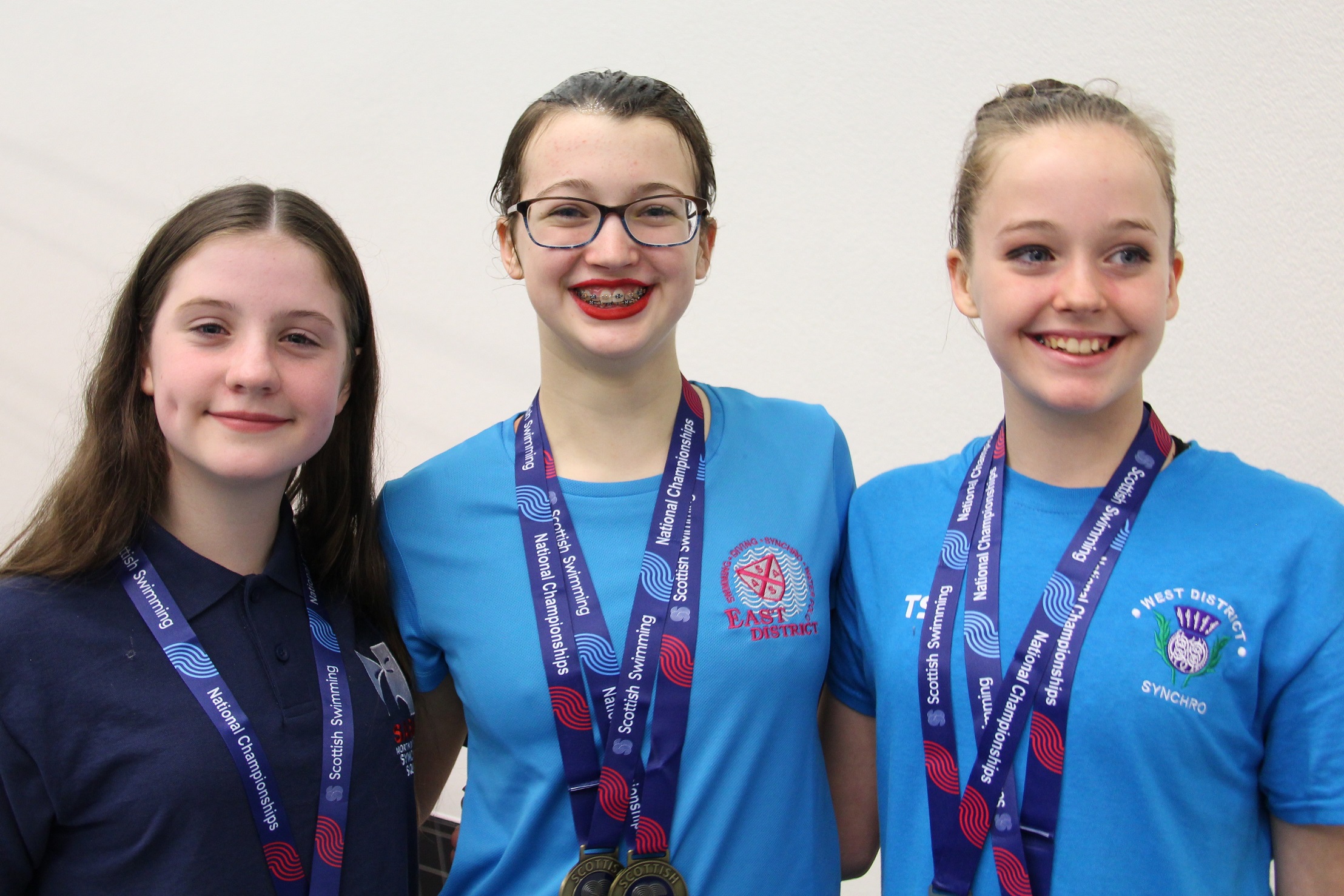 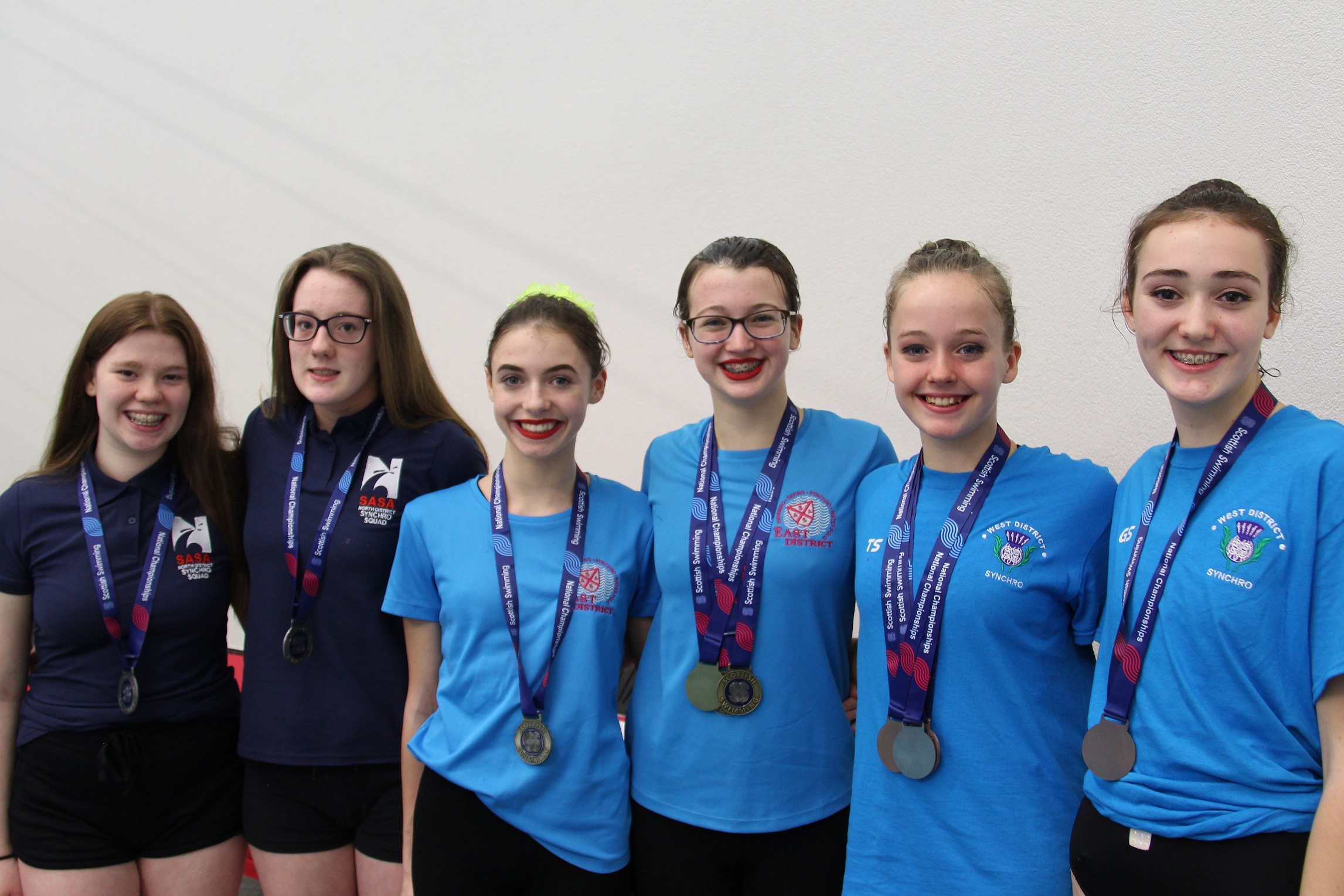 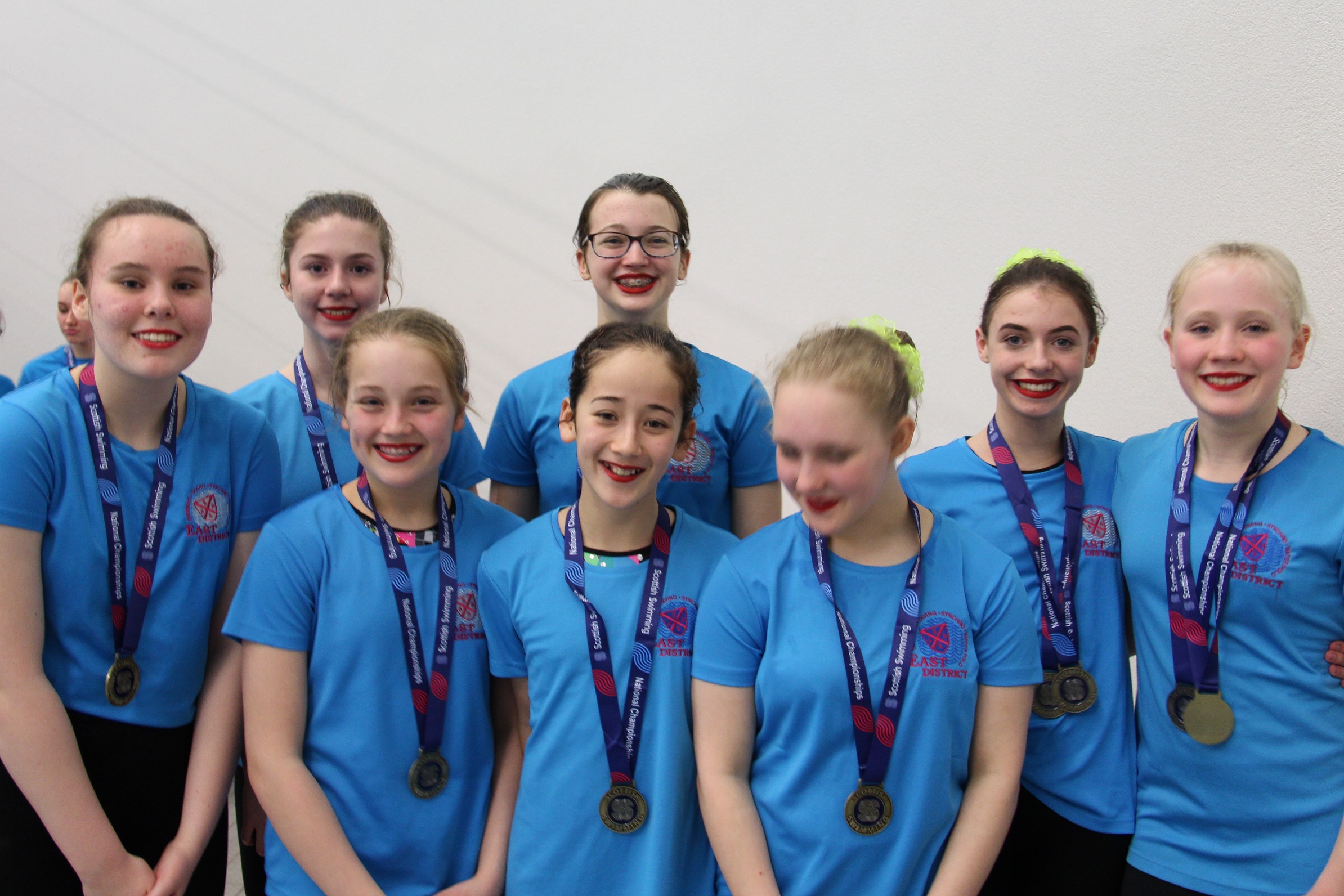 Congratulations to the East District team!

The East had a very successful start to the synchro year, winning both overall trophies in the Inter District competition at the RCP on Saturday. 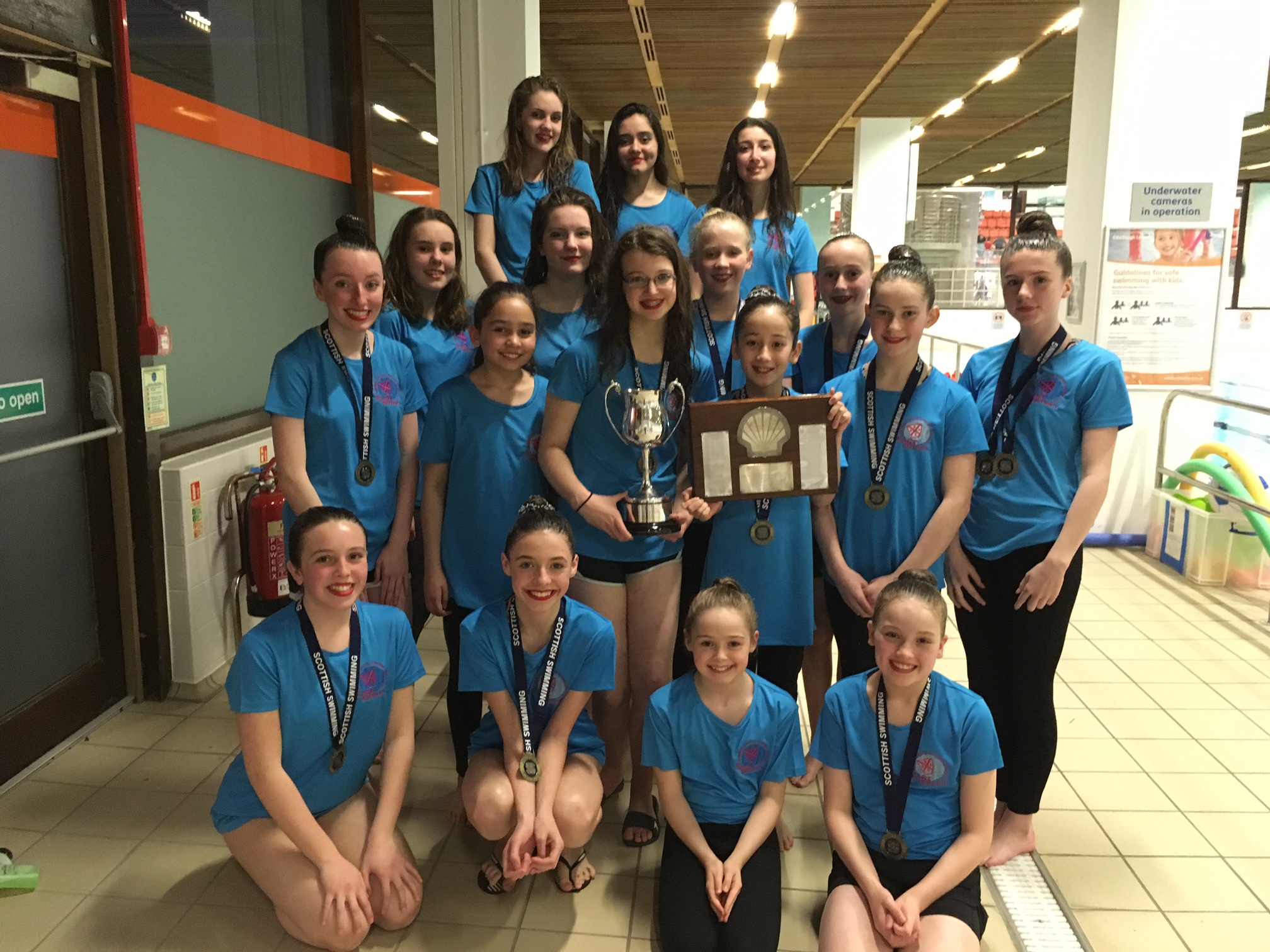 Sara won the Skill 1/2 figures with Cale second.  Niamh won the Skill 3 figures. The Skill 1/2 duet of Cale and Cara were a very close second, being only 0.27 behind the winners. There was a bit of drama when it was revealed that the East Skill 1/2 team scored exactly the same as the West team. However, following the rules of the competition, the East team were awarded the win as they had the higher technical merit mark.

Congratulations to all who were involved with the championships and a great big thanks to all the volunteers on the day. 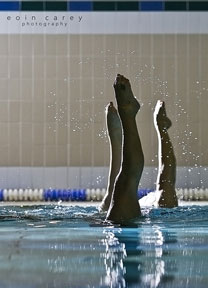 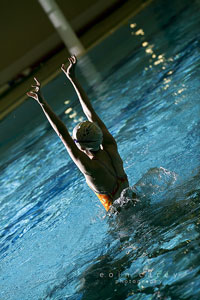